Gerhard van Niekerk is not only a talented artist and sculptor, he is also the curator for the beautiful Studio G Gallery at The Bay Hotel, and the maker of the exquisite sculpture currently on display on the lawns of Camps Bay Retreat.

Van Niekerk has a personal connection with Village N Life, and especially the whimsical Camps Bay Retreat. It is here that he first envisioned installing one of his beautiful, feminine sculptures, that now stands proud on the grounds of the beautiful property – adding more drama to an already theatrical sunset that Camps Bay retreat is renowned for.

We caught up with him about his future plans for Studio G, and what he envisions for the future of exceptional art at The Bay Hotel and Camps Bay Retreat.

What was the idea or driving force behind opening the Studio G Gallery at The Bay Hotel and installations at Camps Bay Retreat?

I worked for Village N Life for a number of years up until about mid-2005. I have extremely fond memories of working at Village N Life, and have the utmost respect for Maree Brink – he invested a lot of time in me during those years and played a mentorship role in my life.

Until today, I very often find myself implementing concepts, principles and ideas that he taught me.

Another very fond memory of mine is the time I spent at Camps Bay Retreat – at that stage we still referred to it as Earl’s Dyke – its original name. I lived on the property for more than a year, and for most of that time, I was accompanied by Hannetjie Brink – the late mother Maree.

Over the last two years, I have been fortunate enough to rearrange my life in such a way that I can focus almost exclusively on sculpting and art. During the course of last year, I again visited Camps Bay Retreat. While sitting on the veranda, I envisaged making a sculpture which would add to the theatre of Camps Bay Retreat – this “theatre” I am referring to is, for example, a guest experience concept Maree taught me many years ago.

I explained my vision to Maree and subsequently I installed my sculpture, Skye, at the property.

Thereafter we looked at the possibility of placing further sculptures of mine at The Bay Hotel, which I was very keen to do. While investigating these possibilities, I conceptualised Studio G as a new gallery concept for The Bay, which will combine both sculpture and paintings in order to create a new and carefully curated art experience for guests of The Bay Hotel. 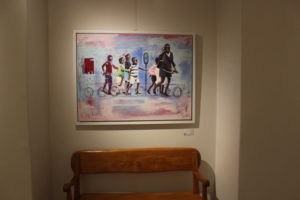 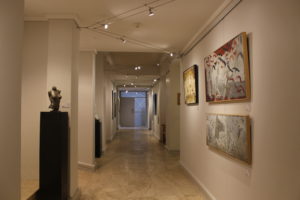 Which artists are currently showing at Studio G and how long will they show at Studio G for?

Apart from myself, some really good established local artists. Whilst most are established artists, we are always looking for exceptional up and coming talent.

When curating a show, what is it that you look out for in artists – what tends to grab your attention?

For me, personally, I look at the following: technique, composition and structure – these are the basics. Then I look for a specific theme in the work – not just in a particular piece, but in the body of work of the artist. This is important. And finally, I am looking for something with originality – i.e. not plain imitation. Today you only need a good camera or a 3D printer to make an imitation.

What do you think it means for young, emerging artists to showcase their work in a space like Studio G; situated in a luxury hotel?

It provides a unique platform for established as well as emerging local artists to exhibit their work in some of South Africa’s most luxurious, exclusive and successful hotels. It is a known fact that a large portion of the people purchasing art in South Africa are international tourists. In my own experience at least 50% of my sales are to international collectors visiting SA. 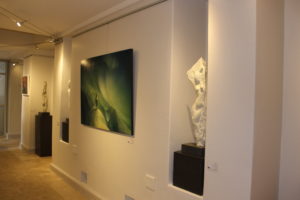 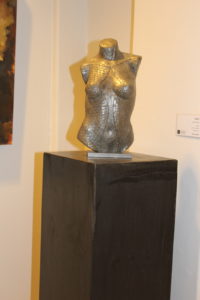 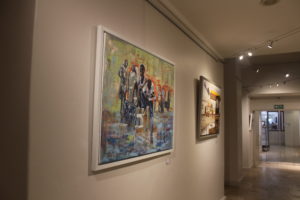 In your opinion, which of South Africa’s young, emerging artist are breaking boundaries with their work, and which artists should art lovers keep eye on?

Jeez, this is a complex question. My basic advice is that, if you want to collect art, first and foremost buy something you really like. Most of the best private collections I have seen always started with this simple principle. Then also look at technique, composition, structure and the theme of the artists body of work.

Finally, what is your vision for Studio G at The Bay Hotel and Camps Bay Retreat?

In the short term, to add value to both hotels by creating and maintaining unique, contemporary and relevant art experiences at the venues. To improve and enhance the guest experience at the hotels.

Over the medium to long term I have a lot of exciting ideas and a grand vision. This includes the establishment of a sculpture garden at The Retreat. Also, I want to ensure that all Studio G galleries become established as must-visit galleries for both art lovers and collectors.

If you’re interested in the collection of stunning art at Studio G, you can visit the official website here: www.studiog.co.za

To see more of Van Niekerk’s impressive body of work, or to get in touch about commissions, you can contact him at: info@gerhardvanniekerk.com